For the concepts underlying weather forecasting, see Predicting The Weather. And for a detailed guide to marine weather forecasts, how to use and understand them, see Frank Singleton's website at www.franksweather.co.uk

The USA and Canada have continuous weather broadcasts and you can choose to receive only maritime weather for a particular area, and to receive an alarm if a severe weather warning is broadcast. In Europe we still do it the hard way but with extra broadcasts for VHF radio users.

TV weather forecasters tend to talk about sun, rain and temperature. Sea kayakers are more interested in wind speed and direction and are better off getting their forecasts elsewhere.

Weather forecasts on the Web are very good and you don't need any meteorological knowledge to understand them. The most convenient Internet forecasts for Britain are on www.bbc.co.uk. Last time we looked, the BBC weather page was at http://news.bbc.co.uk/weather

This general synopsis means that at 6 a.m. a low (depression) was south-west of Iceland and was expected to roll right over Iceland during the night. 990 was its lowest pressure at 6 a.m. and 986 is its predicted lowest pressure for tomorrow morning.

In the area forecast, westerly means wind coming from the west. As to Force 5, see Beaufort Scale For Kayakers. Cyclonic means that the wind direction is changeable because a depression is passing over. See the wind arrows on this diagram. "Veering" means that the wind will change direction clockwise. "Backing" is an anti-clockwise change of direction.

In the World Meteorological Organisation sea state code, 4 is moderate and 5 is rough. The British Canoe Union 4-Star proficiency test, which is fairly advanced, requires a kayaker to lead a group in a "moderate tidal water environment... with winds not exceeding Force 4/ sea state 4". The 5-Star test, which is the most advanced BCU qualification in terms of sea kayaking ability, is carried out in "periods of no less than sea state 5 (or a tidal race creating similar conditions)".

Slowly, steadily, rather quickly, rapidly and very rapidly refer to the speed with which a pressure system is travelling eastwards. Slowly means at less than 15 knots, very rapidly means at more than 45 knots.

In a gale warning:
• Imminent means a gale is expected within 6 hours.
• Soon means in 6-12 hours.
• Later means... later. Expected to arrive more than 12 hours from now.

The Shipping Forecast ends with reports from coastal stations, light ships, etc, of which this is a typical extract:

Wick is a small town in northern Scotland. "12 miles" refers to local visibility. "Rising" refers to increasing or decreasing barometric pressure. It is important also to know the rate at which pressure is changing, as this indicates the pressure gradient. There are half a dozen descriptions from which we will give two examples:
• Rising or falling "more slowly" means a pressure change of 0.1 to 1.5 mb in the previous 3 hours. Isobars quite far apart, winds gentle or moderate.
• Rising or falling "very rapidly" means a pressure change of more than 6 mb in the previous 3 hours. Isobars close together, winds strong and possibly getting much stronger. 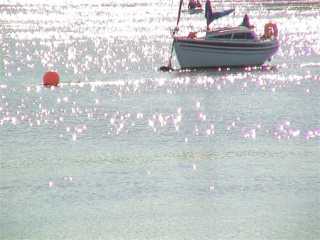 For sea kayakers, this is a really useful forecast.

It is broadcast on BBC Radio 4 at 05.26 but is also available on the internet.

It covers the sea out to 12 miles from the British coast. Since it deals only with wind, rain, visibility and sea state, and omits the high and low pressure systems that cause them, it is easier to understand.

The Inshore Waters forecast divides the coast of Britain into 17 areas. For the Isle of Skye, for example, you want the "Ardnamurchan" area.

Sea kayakers quite often carry a VHF radio, especially on advanced trips and expeditions. Around the coasts of Britain, weather bulletins are broadcast every three hours on VHF by Maritime Rescue Co-ordination Centres (MRCCs). They are called Maritime Safety Information (MSI) broadcasts. The content varies but always includes the Inshore Waters Forecast.

Before each broadcast there is a brief announcement on Channel 16, telling you to switch to a different channel to hear the forecast itself. This will usually be Channel 23, 84 or 86, or occasionally Channel 10. For transmission times, channels and more information, download the Maritime & Coastguard Agency leaflet "Maritime Safety Information" at www.mcga.gov.uk. Last time we looked, the link to that particular leaflet was here.

We've never used it but there is a commercial service in Britain which will give you a local inshore weather forecast with official Met Office information. Calls cost (in 2009) 60p per minute from a landline. To keep the call short, you can enter the four-digit code for the coastal area that interests you. www.marinecall.co.uk

Forecasts for other European countries 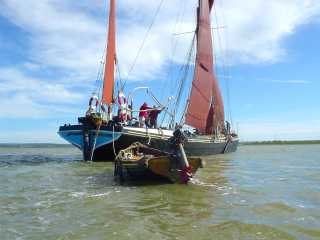 The BBC services listed above cover the coasts of Portugal, Spain and France. They also cover places further afield but with decreasing detail. Of course you may prefer a local service.

Since many Croatians speak English better than your editor, it's no surprise to find that the national weather bureau (DHMZ) has a very thorough English-language site at http://meteo.hr

The BBC services cover the Atlantic coast. For other areas, more detail or a forecast in French, see www.meteo.fr/meteonet/decouvr/guides/marine/mar1.htm for a list of forecasts and radio transmission times, and a lexicon (lexique) of terms used. Last time we looked, the lexicon was at http://www.meteo.fr/meteonet/decouvr/guides/marine/mar2.htm#2.

There are several very useful glossaries of English and French terms on the internet. Our favourite is at http://weather.mailasail.com/Franks-Weather/French

The national weather bureau (Hellenic National Meteorological Service) has an English-language version of its site. www.hnms.gr

For inshore forecasts in the Irish Republic, see www.met.ie

The national weather bureau (Servizio Meteorologico dell'Aeronautica Militare Italiana) has a site with forecasts at www.meteoam.it. No English language when last we looked.

The national weather bureau (the Meteorologisk Institutt) has a site with forecasts in both Norwegian and English. www.met.no

The national weather bureau (Agencia Estatal de Meteorología ) has an English-language version of its site including regional marine weather forecasts. Last time we looked, the actual forecasts were still all in Spanish. www.aemet.es

For detailed information, go to the forecasts page of www.kayarchy.com

Briefly, forecasts are available on the Internet and by telephone but it's very easy to get them on the radio.

In the USA, NOAA Weather Radio transmits constantly with information about the weather and other hazards such as red tides. North of the border the equivalent is Environment Canada's Weatheradio Canada service. Forecasts can be picked up using a VHF radio, an AM/FM radio, CB radio, some handheld GPS units, or a small portable weather radio intended to receive only weather broadcasts. Some weather radios turn on or sound an alarm automatically when a severe weather warning is broadcast. Some marine VHF radios have special weather radio features so the user can choose which weather and emergency alerts are received and to select broadcasts for particular regions of the USA and/or Canada.

For USA frequencies and more information see the NWR site. Last time we looked, information for the Great Lakes was here and marine information was here. For Canada see the Weatheradio site here.

For internet forecasts, the NOAA at http://weather.gov has a section of marine forecasts for the Pacific, Atlantic and Gulf coasts, Hawaii and the Great Lakes, including Small Craft Advisories and current sea temperatures. For more detailed information and a better idea what to expect in the next few days, there is the NOAA Ocean Prediction Center.

If you prefer something halfway between the two, try the Marine Forecast pages on The Weather Channel which has all you really need - wind speed, direction, sea state, surf height, air and sea temperatures, visibility, pressure, high and low tide, tidal range and a ten-day outlook.

For Canada, the Weather Office at www.weatheroffice.gc.ca has its Marine Weather For Canada page.

If you'd like to help kayakers visiting or learning in your part of the world, feel free to submit a summary of weather forecast sources and we'll post it here. See Get In Touch.